The town of Deary was born on September 24, 1907 with the first sale of town lots by the Deary Townsite Company. Named after William Deary, the Potlatch Lumber Company's general manager at the time, the town has its roots in timber, but  was developed in response to the construction

Located in Latah County, Deary is a small community of just over 500 nestled at the base of Potato Hill, affectionately called 'Spud Hill' by the locals.  At just over 2900 feet elevation, Deary is a bedroom community to Moscow, Idaho, the home of University of Idaho, with many residents commuting for work.  Locally, logging and agricultural industries have long supported the employment base. Local school districts and small businesses also provide employment opportunities.

Nestled at the edge of beautiful forest lands and rolling farmlands of the Palouse, opportunities for outdoor recreation are nearly unlimited. See the "Recreation" tab for more.

of the Washington, Idaho, and Montana Railway Company through the region. Prior to the railroad's construction, homesteaders had settled in the area in the 1880's and '90's. Navigate to the "History" section for more. 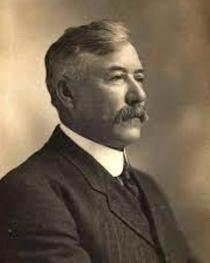