The city's post office is currently in a mail truck parked near the City Shop on 3rd Avenue, though construction will soon begin to initiate a relocation to the old Wilbur Ellis building in the upper parking lot of the community center. Newspapers in the Deary area include the Lewiston Tribune, the Moscow-Pullman Daily News and the Spokesman Review.

Other facilities available for meeting and social gatherings are the gymnasium and the cafeteria at the Deary High School. The Zion Lutheran Church in Deary and the Community Bible Church also have available space.

For information on the water system, sewer system, sanitation and recycling services, and utilities, or with any other questions regarding community resources, please reference the Comprehensive Plan, p. 33-36 (2016; City Government > Documents > Comprehensive Plan) or contact city hall. 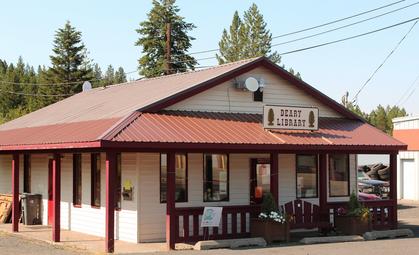 The Deary Ambulance provides emergency medical service for the same area as the Fire District, although it is not funded by the District. The Fire District does allow the ambulance vehicles and equipment to be stored and to respond out of their facilities. The Deary Ambulance consists of 18 members including drivers, basic EMT's and advanced EMT's. The Deary ambulance currently operates two ambulances and is a co-owner of the all season UTV rescue. Both the DRFD and the Deary Ambulance are members of the Latah County Mutual Aide Agreement, which is a reciprocal program for additional resources from any other EMS agency in Latah County. DRFD and the Deary Ambulance have also entered into a mutual aide agreement to help provide EMS service and fire suppression support in Elk River, Idaho, located in Clearwater County. 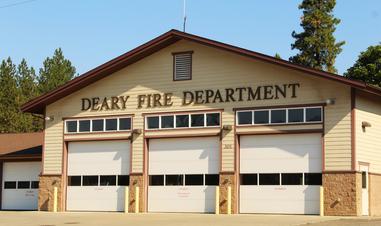 Deary is served by our own library, which is a branch of the Latah County Library District. The building is approximately 860 square feet and a new outside overhang was added in 2012. It houses a rotating collection of over 6000 books, reference materials, audio books, and DVDs. Library patrons can request information from the headquarters library and can also borrow from other libraries in surrounding states. The library has a copy machine, FAX machine, and Wi-Fi internet access. A courier service between Deary library and the Moscow headquarters library processes requested items and adds new items to the Deary collection weekly.

For the residents of Deary, medical and health care is available in several areas. The nearest hospital is Moscow's Gritman Medical Center located twenty-five miles to the west with doctors available in nearly every field of medicine. Transport time to this facility is twenty to thirty minutes in emergency situations. Lewiston's St. Joseph Regional Medical Center also serves the Deary area, as well as the larger hospitals in Spokane. These medical facilities have easy access for emergency medical helicopter transports, which is readily accessible to those needing this service. For non-hospital health care needs, Moscow Family Medicine has a Quick Care office in Moscow and Gritman has satellite clinics in the towns of Potlatch, Kendrick, and Troy. Doctors, dentists, and optometrists are also located in Moscow and some of the surrounding communities.

Larger hospitals are available in Spokane and Coeur d'Alene, such as Kootenai Medical Center. In the event a life flight helicopter is needed, or in cases requiring treatment or care not available at Gritman, they typically fly or transfer to Kootenai. Click here for more information about life flight insurance.

The Latah County Sherriff's department provides the city with general law enforcement protection. They are contracted for 20 hours a month.

In the event of an emergency, citizens may contact the Sherriff's department by using 911. The non-emergency phone number is 208.882.2216.

The fire department consists of 18 members. In the even of a major fire situation, arrangements have been made to call any or all of the following: Idaho Department of Lands, Clearwater-Potlatch Timber Protective Association, and the cities of Troy, Bovill, and Moscow.